How to make up the missed prayers due to sleep or forgetfulness? 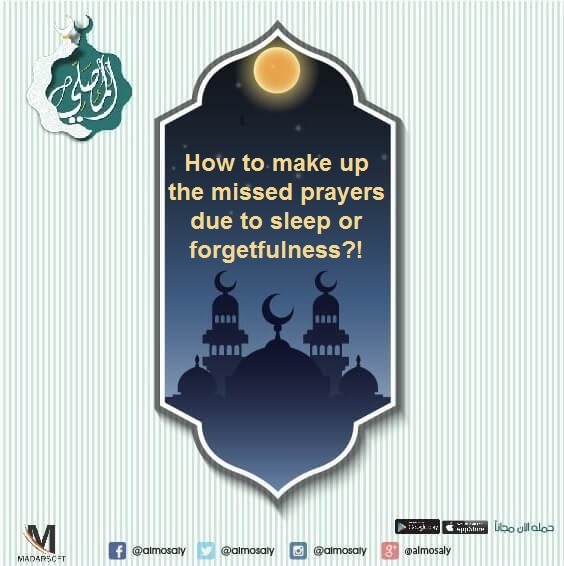 The question: If I missed a prayer or more due to sleep or forgetfulness, how to make it up? Do I pray it before the current prayer or the opposite?

The answer: You pray it first, then you pray the current prayer, and you can’t delay it.

It’s common among people that, if a prayer is missed, it should be performed with the corresponding prayer from the next day. For example; if he didn’t pray Fajr, so he has to pray it with Fajr prayer of the following day. And this is wrong, and contrary to the Prophet’s (PBUH) sayings and actions.

The second section: if missed, there is nomake up but there is an alternative. And this applies on Friday prayer. If he arrived after the Imam set up the second rakaa; in this case he joins the imam with the intention to pray Zuhr prayer. As well as the one who arrives after the prayer is over, he should pray Zuhr. But the one who catches up at the kneeling of the second Rak’ah so he prays Friday prayer and prays one rakaa after the imam finishes. And this is according to the Prophet’s saying:  "Whoever catches up with one Rak'ah of Jumu'ah with the Imaam, then he has caught up with the prayer.” This means that if he catches less then he must pray Zuhr not Jummu’ah.

The third section: A prayer; if missed it should be prayed at the corresponding time. And this is Feast prayer. If he knows about it after the disappearance of the sun, then he has to pray it on the next day at the equivalent time.