How did Allah protect the body of the Prophet, Peace Be upon Him, when they wanted to exhume it?! 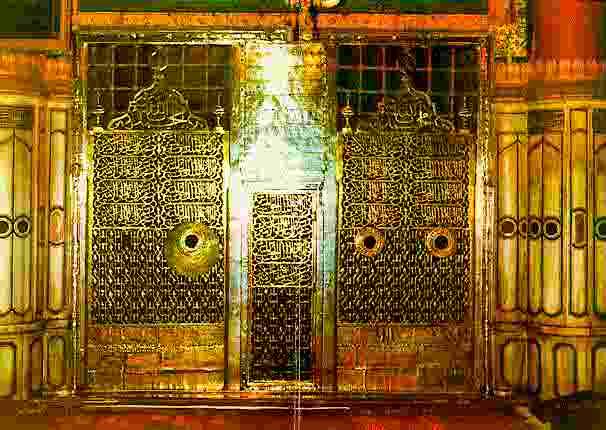 It first started in Tabriz in the Hijri year of 907, when a Persian Sufi man named Ismael ibn Haidar al-Safawi converted to the Shiite sect of Ithna'ashariyyah'.

This Safavid mixed the Persian Magi beliefs with the deviant Shiite ones, then he changed the sect of most Persians and Arabs in the lands he occupied from Ahl al-Sunnah wal-Jammah to Shiite. He was able to do so after killing more than a million Muslim in Baghdad and the other territories he occupied.

At the same time, the Portuguese Crusaders, led by Afonso de Albuquerque, wanted to occupy the city of Medina, exhume the Prophet's grave to negotiate with the Muslims to swap it for Jerusalem. The apostate named Ismael volunteered to help the crusaders for free to execute this despicable plan. He and those with him allied with Albuquerque to attack the Mamluk dynasty and drag them to the east so that the Portuguese crusaders can have an open range in the Red Sea to exhume the tomb of the Prophet, Peace Be upon Him, in Medina.

At this time, an ottoman falcon emerged from the peaks of the Anatolian plateau named Selim al-Awal, aka Sultan Selim I, when this Ottoman Sultan realized the dangerous situation, he decided to defend the diseased Prophet such as the Companions defended him alive. So, he stood up quickly to counter attack.

The Sultan marched east towards the Safavid claiming to be Muslims in order to fight Islam from the inside. Sultan Selim I achieved a decisive victory in the Battle of Chaldiran against the Safavid Shiites, in 2 Rajab, 920 Hijri. He crushed their fortified capital Tabriz, and tore their armies apart. The filthy Safavid Shiite Ismael ibn Haidar who planned to exhume the grave of the greatest human fled leaving behind his wife because he is so degenerate and immoral to the point of not caring about his own honor, due to his low Magi origin. The Sultan took her as a captive and he married her to one of his soldiers.

Reference: A Hundred of the Greatest Muslims who Changed the Course of History (Page 47:50)